There are two different types of steel galvanization that we apply to our poles. The first one is Sendzimir Coating which is obtained immerging steel into a molten zync bath at 700°C. Zync coating designation: Z275. 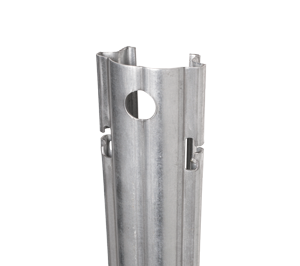 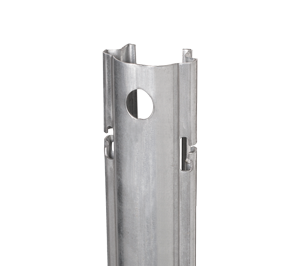 Galvanized steel pole suitable for vineyards. Supporting wires are placed in lateral loops. It has bigger dimensions than the standard version. 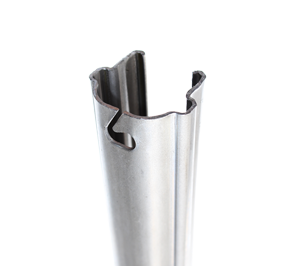 Galvanized steel pole suitable for free cordon trained vineyards. The central wire can be placed in a crack on the top of the pole. 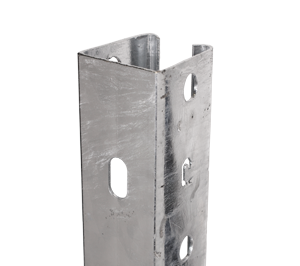 Weathering steel, best known as CORTEN steel is a group of steel alloys which were developed to eliminate the need for painting, and form a stable rust-like appearance if exposed to the weather for several years. In producing our corten steel poles for vineyards we choose one main type of steel: S300JOW with a resistance of 450 RpMa. The core feature of cor-ten pole its their ability to self-protect against athmospheric agents without any need of treatment along time. The corrosion-retarding effect of the protective layer is produced by the particular distribution and concentration of alloying elements in it. The layer protecting the surface develops and regenerates continuously when subjected to the influence of the weather. In other words, the steel is allowed to rust in order to form the ‘protective’ coating. 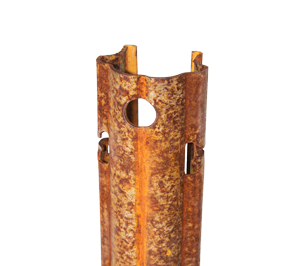 Corten steel pole resistant to corrosion. This new version is larger than the standard model and has lateral holes for supporting wires.

Weathering Steel (Cor-ten) Pole for free cordon trained vineyard. No lateral loops, the central wire can be placed in a dedicated split located on the top of the pole. 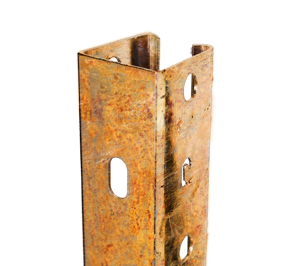 Download the brochure with of all our steel poles.
PDF