17 Oct Stink Bug Alarm: How to Protect your Orchard

The invasion of Marmorated Stink Bug has become a true emergency and Italian fruit growers are trying to find the best way to protect their orchards. 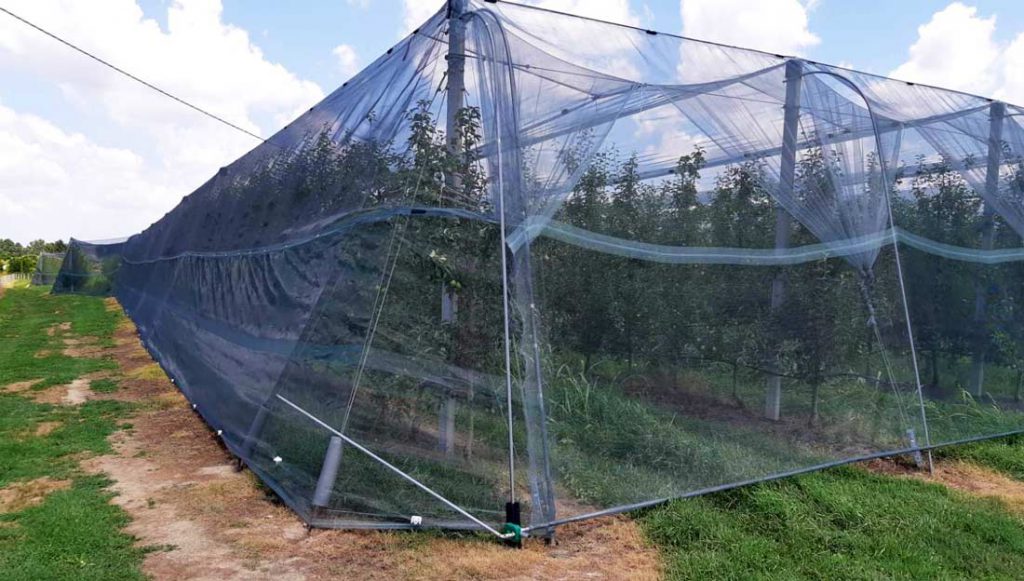 Farmers’ union Coldiretti launched an alarm two months ago: with the big summer heat, the brown marmorated stink bugs were literaly swarming orchards in Italy, heavily damaging the fruit production. With the temperature increase in the latest years and the arrival of new insect specimens the problem has gotten even worse and is now really difficult to control, becoming a real emergency.

Marmorated Stink Bug (Halyomorpha Halis) is an “alien” insect coming from Eastern Asia; it is heavily invasive, completely without natural antagonists and can reproduce very quickly. It began at the end of the Nineties in North America and spread to Italy around 2007, becoming a real plague for local fruit growers. The insect is in fact greedy for apple, pear, peach, apricot, kiwi and cereals and attacks aggressively plantations damaging the fruits with its trophic stink and therefore harming the harvest up to 100% production loss. This year is even more worrying due to the arrival of new species such as Nezara Viridula and Raphyaster Nebulosa: it is in fact been ascertained that even green stink bugs, if in great number, can irreparably damage the harvest. 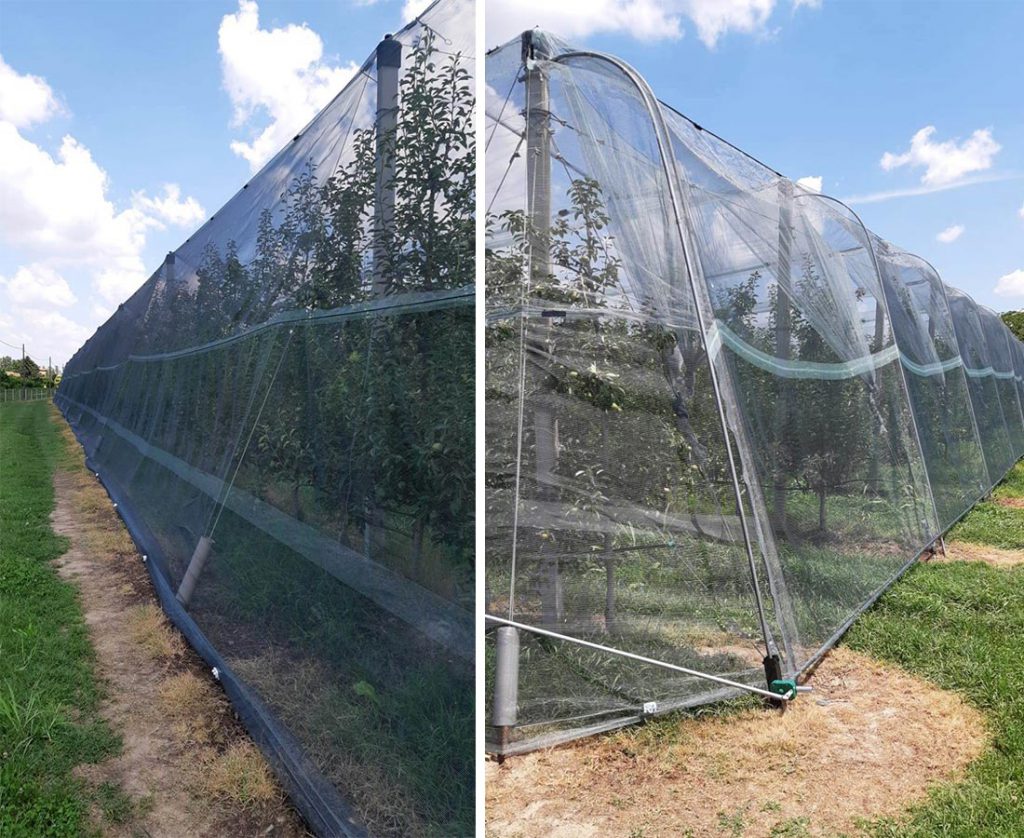 Pesticides could not stop the infestation and the main biological antagonist cannot be introduced into the Italian territory, therefore research has now shifted towards an indigenous predator, i.e. an Hymenopteran predator of Marmorated Stink Bug’s eggs which has been already tested with positive results. Yet this insect will not be available very soon, and the plague keeps spreading. Stink bugs can resist more and more to Italian winters that have been getting warmer year after year and, according to Coldiretti farmers’ union, 700 hectares have been affected by this phenomenon till now.

At present physical barriers have proved to be the most effective solutions, and the perimeter of the orchards must be closed by means of anti-insect nets. Closure systems, also known as ‘complete cover integrated systems’ can feature closed headland roads  – if there is enough space – or feature head-post cover and other types of netting systems. For this solution one of the most effective systems and easy to manage is the Spinazzè-Rotonet system which can be describe as follows:

This system provides many benefits:

Lifting systems can operate in modules up to 60/70 meters long, according to the agronomic needs and the orchard’s size.